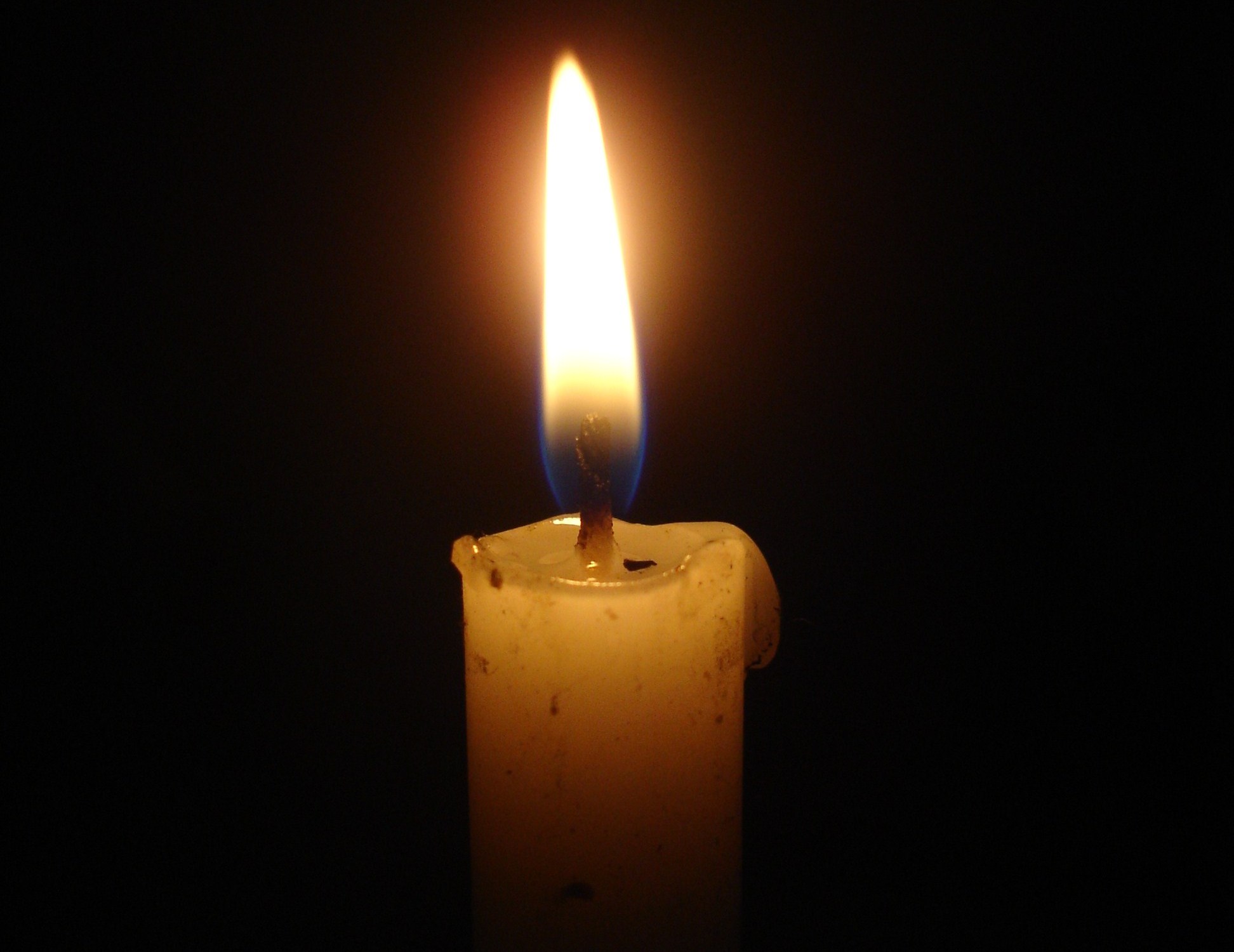 The Illuminati is some what of an enigma yet it is probably the most used word on the lips of nearly everyone today. However nobody really knows about this group, yet they are seen as something to be feared or is associated with Satan. They could well be associated with Satan but who knows for sure? There are so many symbols that these so called secret societies used that have filtered down into pop and hip hop music, but have we ever stopped to think about why they use them? What is the actual purpose of symbolism and why does it play such a big role in these “clubs”? 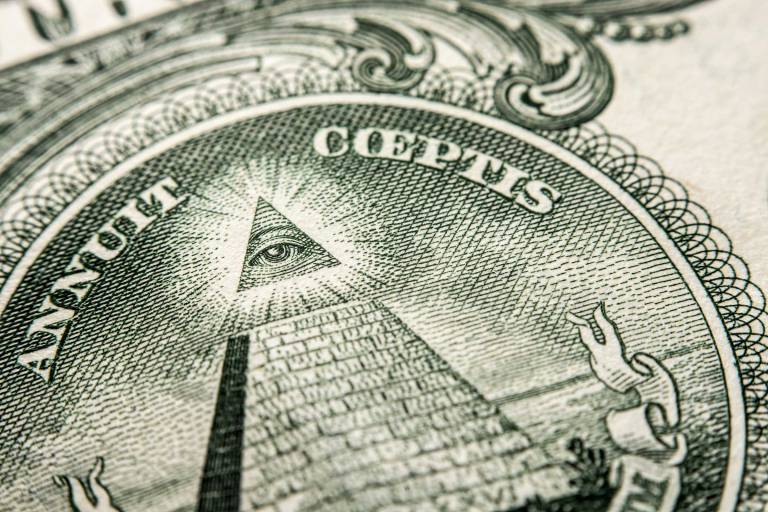 By now the majority of us are familiar with this symbol seen at the back of the American one dollar bill. A symbol conspiracy theorist would say was hidden in plain sight. Its revelation had people really starting to awake from their slumber and start asking questions about what was the agenda of the powers that be. I first remember being alerted to this when I read a book by Dan Brown called The Da Vinci code back in 2004. It spoke about the pyramid (which I’ll talk about later) and the eye being of masonic origin ( I wrote a post a few months back called stone masons you should check this out also). It goes on to say ‘Annuit Coeptis’ means “someone has favoured our undertakings” and ‘Novus Ordo Seclorum’ means “A new order of the ages” or what previous US presidents have called A New World Order which was supposed to have started from the date America became independent. I didn’t even know how true all that was but it was enough to peak my interest into doing more research. I watched a documentary call ‘The Arrivals’ on Youtube shortly after and they confirmed a lot of what was said in the book. Anyway to cut a long story short it was revealed that the country (USA) was run by Freemasons and its history ran all the way back to Scotland (United Kingdom). The question is how did they obtain this power and what does all the symbolism have to do with it?

The eye of Heru (also known as the eye of Horus), originates in Kemet (AKA Egypt) and was a symbol of protection, royal power and good health. Now I’m sure if we learnt about that in school nobody would have a problem with this symbol and its meaning. Unfortunately today it is seen as a symbol of evil, which is a shame because I don’t believe symbols are evil of themselves its the power you give it, for example fire can give us heat and light and at the same time be so destructive it can claim lives but we don’t call fire evil. The Swastika is a symbol that most of us remember all too well from what we were taught about Hitler in school and even though Nazi Germany is the first thing that comes to mind when I see it, it’s origins are actually Indian. The term Swastika is actually Svastika in Sanskrit and means ‘good fortune’ or ‘well being’. Yet one individual has taken the same symbol and produce the complete opposite, which is a shame because on my travels to Bali I saw this symbol on many temples and couldn’t help but think of Hitler. 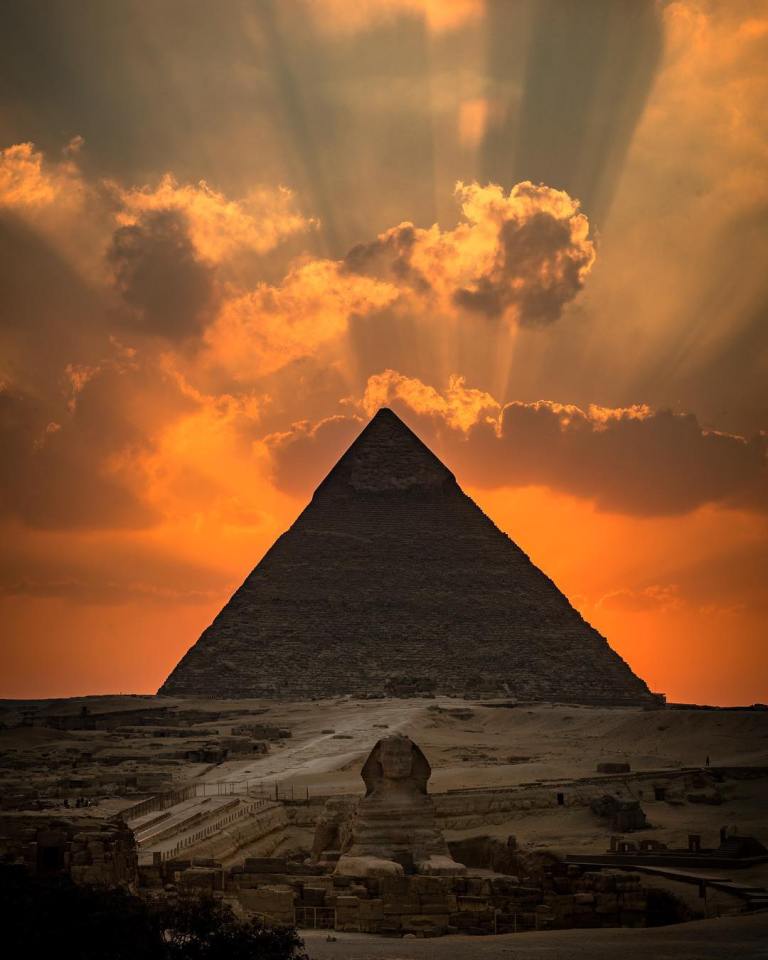 The pyramids of Giza also known as the pyramids of Khafre and Khufu are some of the oldest structures on the planet today, they were used to house the remains of deceased pharaohs. The pyramid has become a widely used symbol of the elite and again is not only featured on the dollar bill but it has become a popular hand symbol as if to tell the world “I’ve made it into the club”. Countless celebrities have been photographed making a triangle with both hands, some celebrities look through the triangle to emulate the all seeing eye. I first saw this made popular by Jay Z at some of his earlier concerts I saw how he would have the whole crowd throwing up this hand sign which he coined The Roc (diamond). As tempting as it was to join in with the masses of people doing this, as a teenager the conversations I used to have with my peers made me cautious about its origins. The pyramid is a symbol of strength and endurance and the Egyptians had a strong belief in the afterlife, but what is the significance of the pyramid to the elite, do they believe in transformation beyond life on earth?

Now this symbol, I can’t even justify…and I can’t lie it does actually make me feel uncomfortable when I see it (that’s why I chose a small picture…jus kidding lol). The poor goat, just like the snake has been used a symbol of evil from the beginning of time. This picture is called The Baphomet and apparently his arms pointing in the directions of up and down is suppose to represent the phrase ‘As above, so below’. The five pointed star however has been used in witchcraft for centuries (I’m not exactly sure why) and when turned a certain way it represents the goats head with the two horns being the top two points and the opposite point being its beard (it actually makes me chuckle inside to say that a goat has a beard lol…anyway I digress).

The goat has always been seen as a symbol of the devil and again I’m not exactly sure why because I thought it was the serpent…which is it?

In conclusion it seems that all symbols have the power we give them. The energy we exude could be the portal for other entities but again they only have the power we give to them. These symbols are definitely used to indicate the powers that be are in the same club but are they the illuminati? I don’t know. The term illuminati has now become the word that encompasses ALL secret societies, and although I do believe there is an elitist club that the average joe is not a part of, the symbols above have been used in a number of sects and pagan rituals. Illuminati means illumination and one things for sure they definitely know something that we don’t. These symbols represent power and the most powerful empire on earth has been that of the ancient Egyptians I believe that the esoteric knowledge that was innate within the Ancient Egyptians is now being used today, its just that the energy is being used in a negative way.

6 thoughts on “illuminati or illumination?”