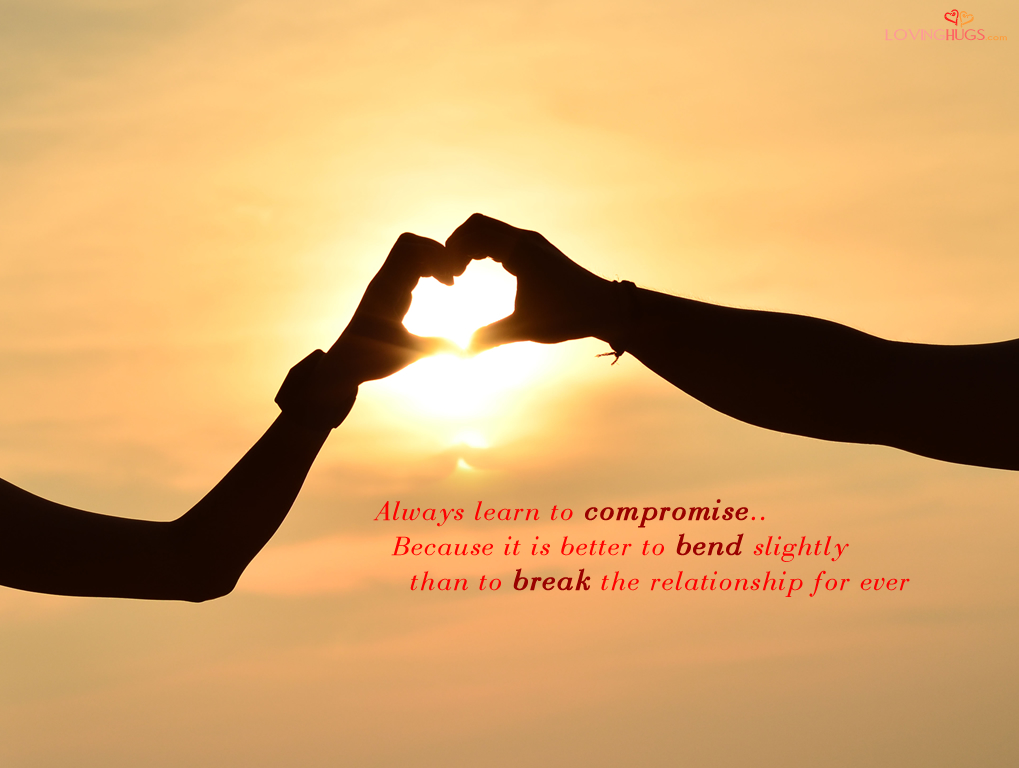 Is there such a thing? In my opinion not really. Maybe I have experienced the perfect relationship and not known it, if I did maybe it would look like this…You would meet someone who is already doing something with their life (everybody should have a mission and ambition especially YOU!) or contributing to the world in some sort of way. Sometimes its these ambitions that brought you together, maybe you have the same interests. You are attracted to each other because of these reasons (after the physical of course) and you agree to go on the rest of your life journey together.

At the beginning its always fun, but then you start to see some cracks in their character that you didn’t see before because they hid them very well or you chose to ignore them. Now these “Flaws” are glaringly obvious, do you continue to overlook hoping they go away or do you run for the hills?

This is the point where you refer back to ‘THE LIST’ (you know the list of qualities you’ve always wanted in a man or woman) no doubt things seemed to have adjusted from the last time you looked when they were ticking all the boxes. Or maybe they didn’t tick all the boxes but the majority of them and that one you let slide seems to be the one that is causing the most problems. Is it a deal breaker if that person doesn’t tick all the boxes? would you walk away from a potential lasting love because they don’t fulfil all your criteria? I know the majority of my friends would say yes. I say everyone has flaws, but out of all the men and women I talk about this to, the women have a longer list. I’m starting to think that maybe men are a lot more accepting of who you are right now and they don’t want to change you. On the other hand women make exceptions and then think they can change a man.

For me relationships are about growth. I’m very impatient so if I meet someone who is slow to act, I have learnt that instead of getting angry or bored with the person, I see it as an opportunity to improve my patience. There are two fantastic books on relationships that I would recommend you read the first one is ‘For Women Only’ by Shaunti Feldhahn and ‘Things I wish I’d known before we got married’ by Gary Chapman. The former talks about misunderstandings between men and women and the latter is pretty self explanatory in the title, but both are really good books on understanding relationships and highlight the fact that relationships are not perfect.

I guess two people in a relationship are sort of like a mirror, reflecting yourself back. Have you noticed that most couples that have been together for a while actually look alike? This is not because they’ve grown to look like each other but often because you chose a mate that looks like you. Even Adam in the bible said “You are bone of my bone and flesh of my flesh” (Genesis 2v23). God made us in his image a reflection of him, so naturally if we choose someone that looks like us on the outside, we probably chose someone with similar internal qualities too.

Anyway I digress, back to the the perfect relationship lol..I think it means to walk in moral agreement (you should both know what would hurt the other and chose not to do it) and also accepting the person as they are. Here is another poem from my book ‘Pieces of me’ called Relationship Myths. 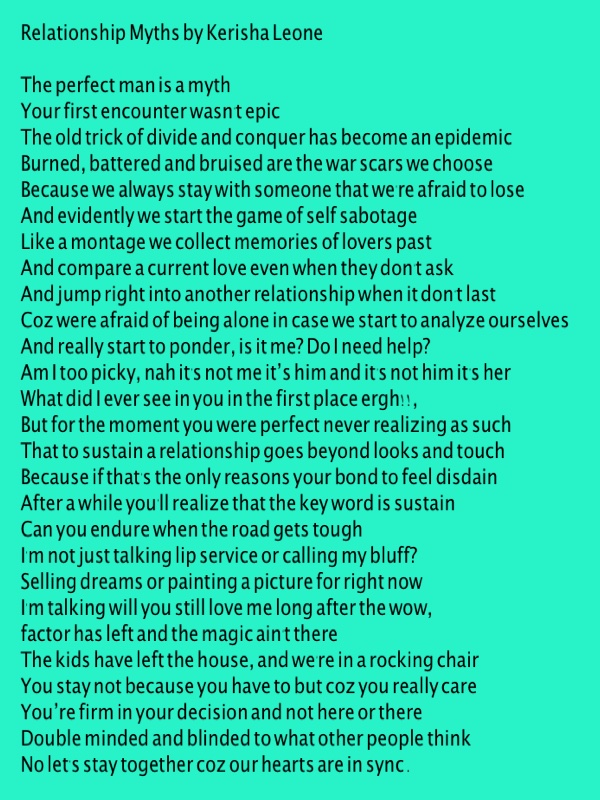 2 thoughts on “The perfect relationship?”

Leave a Reply to No. 1 fan Cancel reply