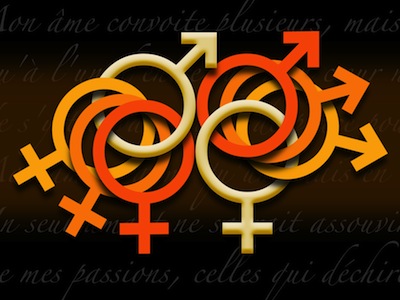 Why do people cheat? Self confessed serial cheater Tyrese Gibson explains the main reason for cheating is down to low self esteem. The book Manology by Singer/Actor Tyrese is co written by Rev Run of Run DMC and both men have completely different view points when it comes to love and relationships, but somehow have managed to marry their opinions into an open dialogue on their views. Rev Run AKA Joseph Simmons has been married to Justine Simmons for 32 years, they have 6 children 3  of which is from Rev’s previous marriage and 1 adopted daughter. If you’ve ever watched an episode of Run’s House you will see how close the family are and how completely in love Rev is with Justine. 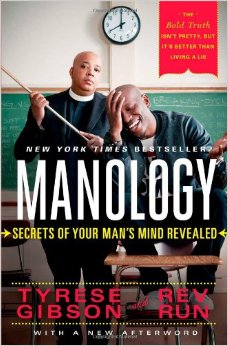 Tyrese has one daughter, he was briefly married to his daughters mother but that ended in divorce and if you have kept up to date with Tyrese’s personal life, you would be aware of his custody battle for his daughter. Its clear that both men are devoted fathers and maybe that’s what they have in common. However as mentioned before their approach to love differs tremendously. Rev is always talking about Justine, he constantly wants to be by her side he takes her everywhere with him and when he is away from her he can’t wait to get back to her (sounds like a dream I know, but this man is actually like this). Rev’s states that his spiritual life is what keeps him on track and when he met Justine they were both in the church. Tyrese on the other hand admits to being a late bloomer, meaning that women didn’t always find him attractive until he became famous. In the book he says “Yes, I was getting called sexy, but I still felt like that ashy little n****a who nobody was checking for. The guy who never heard the word handsome, let alone sexy, until I got on TV”. He goes on to explain that his looks were the reason for his lack of experience with women, but once he became renown he felt that he needed to play catch up, as a result when it came to women, there was no stone left unturned LOL. While writing this book he was in a relationship of 5 years and he was proud that he had left his cheating ways behind him, unfortunately he cheated on her too. Currently Tyrese is looking for that woman who can reform him, but his insatiable appetite for woman seems to be a force to be reckoned with.

The book uses clever word play on the type of cheats to look out for such as the MANipulator (self explanatory), the MAN-gician, this is someone who is cheating but likes to throw up smokes screens like whisking you away to exotic locations, or buying you expensive gifts to stop you from addressing the fact that the relationship is not working, Tyrese has used this tactic plenty of times and it’s quite interesting how he explains it. Tyrese sees Rev Run as his MAN-tor and believes that every man looking to better himself in whatever area of life needs to have someone to look up to. I think he is right, there are a lot of fatherless children out there and this is one of the main reasons why people don’t know how to maintain healthy committed relationships.

A common reason why people cheat, and one that I didn’t really give much thought until he said it, is due to lack of self esteem. Tyrese makes a point about males growing up, and how they are validated by their peers. This is usual by how much women they have slept with, it’s the opposite for women of course! If the people around you are the ones giving you validation for sleeping around then why would you want to be monogamous? He explains that men are unconsciously addicted to validation from other men. I think we are all looking for validation and approval from others, but as I navigate through this journey of life, I’m finding that men need this more than women. Men are very fragile creatures their ego is literally like a balloon, the right words are like air causing them to swell and the wrong words really do burst their bubble. Men buy nice cars to impress women, but really they do it to impress other men especially when they have all the fancy stuff that women don’t really know about like, rims, tinted windows, those exhaust pipes that make a lot of noise ( 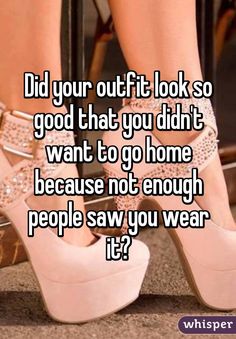 see I’m girl I don’t actually know), only another man is going to appreciate the extra details. Its the same for women, I remember having a conversation one time with a group of girls and we were talking about our appearance and one girl said “I dress up for myself and not for anyone else”, I immediately asked her “If there were no other people in the world and it was just you, would you still dress up?”, she tried to argue that she would but I don’t think so. I know I wouldn’t, I would probably just walk around naked, but the truth is we dress for other people to see us, notice us, complement us and approve of us.

When people are feeling particularly low on the inside cheating may be a way to make you feel validated. I knew I guy that had a girlfriend that he had been with for a number of years but would constantly try to get other women’s numbers, when I asked him why he said “Just to see if I’ve still got it’. I just though “wow” if you don’t know you’ve got it than why do you think other people will?