First comes love, then comes knowledge. As much as we say we want to get to know somebody before we get into a relationship or marry them, is it inevitable to fall in love before really knowing the other person? A colleague of mine directed me to an article with the headline “Woman lends boyfriend 5 million AED (Dirhams), he marries her friend instead”. Yes you read that right and its a true story bro! The couple worked together for the same company and over the course of two years the woman lent him 5 mil. After returning back to the UAE from a short trip she came back to find out that he was marrying another collegue who worked in the same company! She immediately demanded all the money back (you can read the full article here) and so she should if she only loaned him the money, its funny how the reason she gave him the money was because she loved him, but where does the love go after that? Im not saying that she shouldn’t get the money back but I’m just baffled at the things people do in the name of love. Does love make us loose all our senses?

I once met a guy who told me he doesn’t want to get married and I asked him why rolling my eyes as my brain diverts to the typical number one reason men say they don’t want to get married…Ïts just a piece of paper”. To my suprise he said its because people put so much emphasis on the wedding day and not the actually marrige itself. I was pleasantly suprised at this answer, maybe if people invetsed as much money , as much time, as much family gatherings, as much joy into the actual marriage instead of the wedding day then maybe there wouldnt be a 50% rate of divorce.

First comes love, then comes marriage, then comes the baby in the baby carriage. Well that is the order for some for others its first comes love, then comes baby, then comes single mother. However if knowledge of the other came in earlier we may be able to make the right decision when it comes to choosing a mate. I made a post a few months back about choice being the one thing that everybody has and its through the decisions that we make that our lives are shaped. The bible says “Husbands do likewise, dwelling with them according to knowledge..,”1 Peter 3:7. In other words the more you know someone the better you can deal with their character, because bottom line is… everyone is gonna get on your nerves at some point, so according to your knowledge, dwell with them and if you know that their character is something that you can tolerate then continue in love and happiness. I don’t know how I got from that article to here but thats just me, sifting through thoughts and giving my two pence…pieces of me. 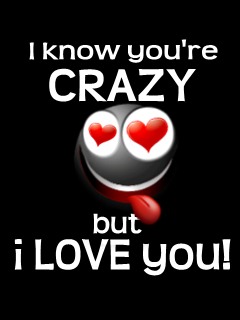