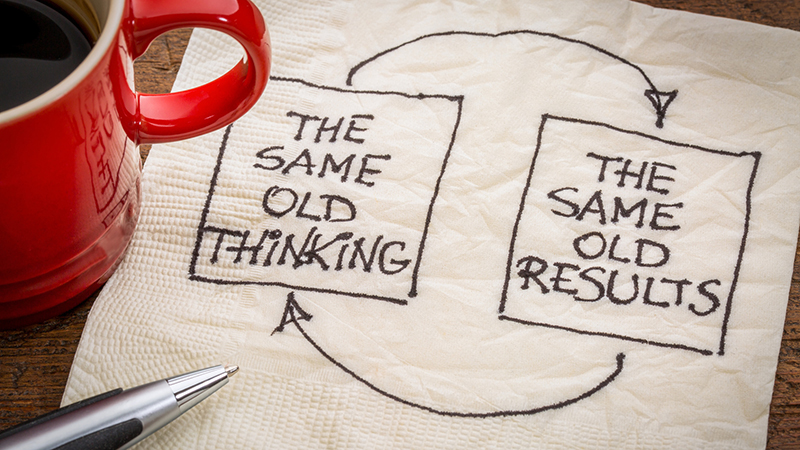 Do you end up dating the same types of people? Do you feel that because your parent had diabetes that you will too? Do you know a bunch of people who were acting a certain way in your twenties and now that your thirty you realise these people are doing the same thing? Ever feel like you repeat the same pattern of thinking? Do you know anyone that is stuck on stupid? Perhaps that person is you. You don’t mean to commit the same ol habits but you do. You see, words are seed and in the garden of your subconscious mind you can grow flowers or weeds. I wrote a post about Greatness a few months back and in that post I explain that anything you do for 21 days straight becomes a habit. People who say “This is just the way I am” have made up in their mind that they don’t want to change. Yes you can change your mindset and that same mindset can make you quit smoking after 50 years, be a better husband or wife to your spouse, or become an entrepreneur. All you have to do is change your mind.

Is it safe to conclude that the reason some people get the same diseases as their parents is because they repeat the same patterns as their parents? Whether that’s eating the same foods, choosing not to exercise or just staying in the same spot. My point is, you have the choice today to stop whatever it is you are doing right now and change direction. Negative thoughts lead to a series of bad decisions which then lead to a series of unfortunate events. If you replaced negative thought pattens with ones of hope, love, joy, peace, and inspiration don’t you think it could have the same effect as above, positive thoughts lead to good decisions and a series of fortuntate events. The one thing that we all have each day when we wake up is the power of choice. Even if you are in prison you have the power to feed your mind with useful knowledge that empowers you when you get out or you can keep the same mindset, the same friends who probably helped to get you in there in the first place and you’ll probably end up doing the same thing again when you come out.

Even females in a relationship with a man who doesnt treat her right has the choice of whether she wants to put up with it or not. Unfortunately I’m hearing a lot about this ‘PICK ME’ culture, where women are advertising on instagram and other social media all the things they do for their man, like give him money, clean his house, cook and iron his clothes because they are a down a$$ b!#@h, but the man they are with wouldn’t do the same for them. Who are they advertising to, the men or women? Even the artist SZA who has a song about having a man just for the weekend while he is with his other woman for the rest of the week has become an anthem for a lot of women who think this is a “boss” move. To me that does not sound like a boss but reeks of desperation. The day that all women say no to feeling worthy from the crumbs of attention they get from thirsty guys, is the day that men will have to start to work for a good woman. At the moment it seems women are starving for male attention and they dont care where they get if from. However all that way of thinking can stop TODAY, change your mind and change your habits. “Do not conform to the pattern of this world, but be transformed by the renewing of your mind” (Romans 12:2).