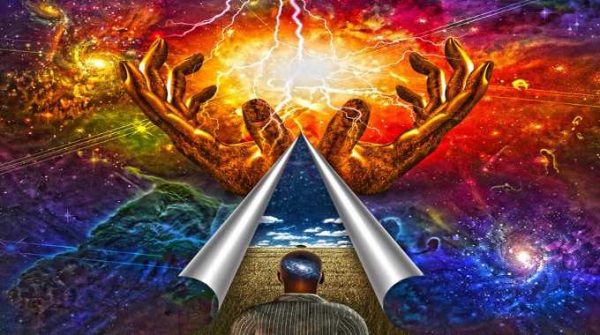 The creator has as many names as there are languages. The creator has as many names as there are generations. An apple is called Apfel in German, Pomme in French and Manzana in Spanish, however just because they call it a different name does it make it any less an apple? Then why do we do that with the creator? What right do we have to say your God is false because you don’t call Him/Her by the same name? It’s like being at high school “You can’t be part of our clique”, it’s actually quite silly once you think about it. The creator is known by many names around the world and across generations… Chukwu, Olodumare, Ngai, Amun, Amen, Wari, Allah, Yahweh…and that’s just to name a few.

The reason why I say this is because there is nothing new under the sun. Do you remember back in 1999 when there were rumours that it would be the end of the world? Well, I’ve heard that quite a few times in my lifetime but the first time was the scariest. People were quoting bible scriptures “…and the days will be darkened…and the moon will turn to blood…” etc. It proper scared the hell out of me, but what I’ve come to realise is that fear is a great motivator, it moves you into doing things you wouldn’t, had you not been told that information. The church uses this all the time, the fear factor. People have been manipulated for years using fear, I wrote a post last month about the Panare Tribe (check it out here) this is a perfect example of what I’m talking about.

Judgement day is another doctrine that puts the fear of God in you. However, this concept is not exclusive to Christianity. I recently made a trip to Egypt and I really recommend this visit to anyone who loves history. The ancient Egyptians were known for their “Writings on the wall”, whole books set in the stone walls of their temples. They also recorded their sacred writings on papyrus (Which is where we get the name paper from). Take a look at the papyrus below;

This is a picture of the final judgement scene, you will find it in The Book of Coming Forth By Day. To the far right sitting on the throne is the God Asar better known as Osiris, he is the judge of the dead. The figure with the head like a falcon with his arm pointing to Osiris is Heru aka Horus, the son of the God Osiris. Horus is presenting the soul of the deceased to his father, does this sound familiar? “No one comes to the father except through me” John 14;6. Behind them is a scale, on the left you have the heart of the deceased on the right you have a feather. This feather is called the feather of Maát, Maát means righteousness. If your heart outweighed the feather the crocodile-headed beast would devour the soul of the deceased and they would cease to exist in the afterlife. If the heart was as light as the feather then the soul would continue to live on as a god or an ancestor.  When I was young I was taught that judgement day happened simultaneously with everyone else and that it could even happen while you were alive (the rapture doctrine), According to the ancient Egyptians this judgement happens when you die and it’s only you that will be judged. This is what you call a picture that speaks a thousand words because it tells me that during life your heart should be light. Your heart is your conscience and if you do right, your heart will always guide you, even in the afterlife. This is where I believe the bible gets the concept of judgement day from, “you will be judged for all your deeds upon the earth” and “The second death”. The 42 laws of Maát can also be found in The Book of Coming Forth by Day and they are confessions from the deceased I guess to prove their heart is clean, they say things like;

I have not committed sin

I have not stolen

I have not slain men or women

Notice how it starts with ”I have not” as oppose to “Thou shall not”. Which I believe makes more sense because if you know in your heart you’ve done nothing wrong then your heart is light, your conscience is clear. I always used to question when I’d go to church and the preacher would say you shouldn’t do xyz and I’d always think, I know this already because my mum taught me that. It was common sense to me and I’d always think why am I coming here to be told what I already know? The icing on the cake was when the pastor said: “Church is like a hospital, it is for the sick” and from that, I was out of there, even Jesus said “It’s not the healthy who need a doctor, but the sick” Mark 2;17. You wouldn’t continue to stay in a hospital if you were healed would you, so why…you get where I’m going here right?